Nemu Asakura (朝倉 音夢, Asakura Nemu) is the main female protagonist of Da Capo series. She is a student of Kazami affiliated with junior high school class 3-1, but she later enrolls into a nursing school. Her cooking is lethal and Jun'ichi silently calls her by 'Murderous Chef' (殺人シェフ, Satsujin Shefu).

Nemu is a cute petite girl with short auburn hair and green eyes.

She is usually a sweet girl and is polite, and gets jealous very easily whenever Junichi flirts with another girl. For example, when Sakura kissed him, she gets mad and has a totally different personality in which Jun'ichi calls "Dark Nemu." Nemu gets very irritated with Sakura because she's always so close to Jun'ichi.

Nemu eventually marries Junichi Asakura where Otome Asakura and Yume Asakura are her granddaughters. Her death is considered to be the canon of the sequel, Da Capo II, a;though it is unknown what caused her death. She had a pen pal named "lovely burning" who's real name is Sayaka Shirakawa (白川 さやか Shirakawa Sayaka).

Even though Jun'ichi is Nemu's step-brother, she fell in love with him and the bell accessory she wears is a gift from him from their childhood. She often gets jealous of girls getting near Jun'ichi often getting them into "accidents". In the end, Nemu and Jun'ichi get married. 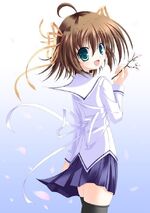 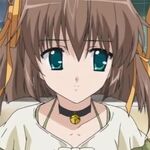 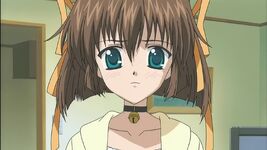 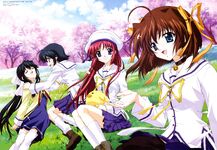 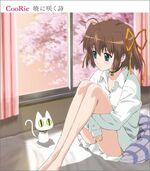 Add a photo to this gallery
﻿
Retrieved from "https://dacapo.fandom.com/wiki/Nemu_Asakura?oldid=5872"
Community content is available under CC-BY-SA unless otherwise noted.